2020 Isolation Grow: Babies on Board 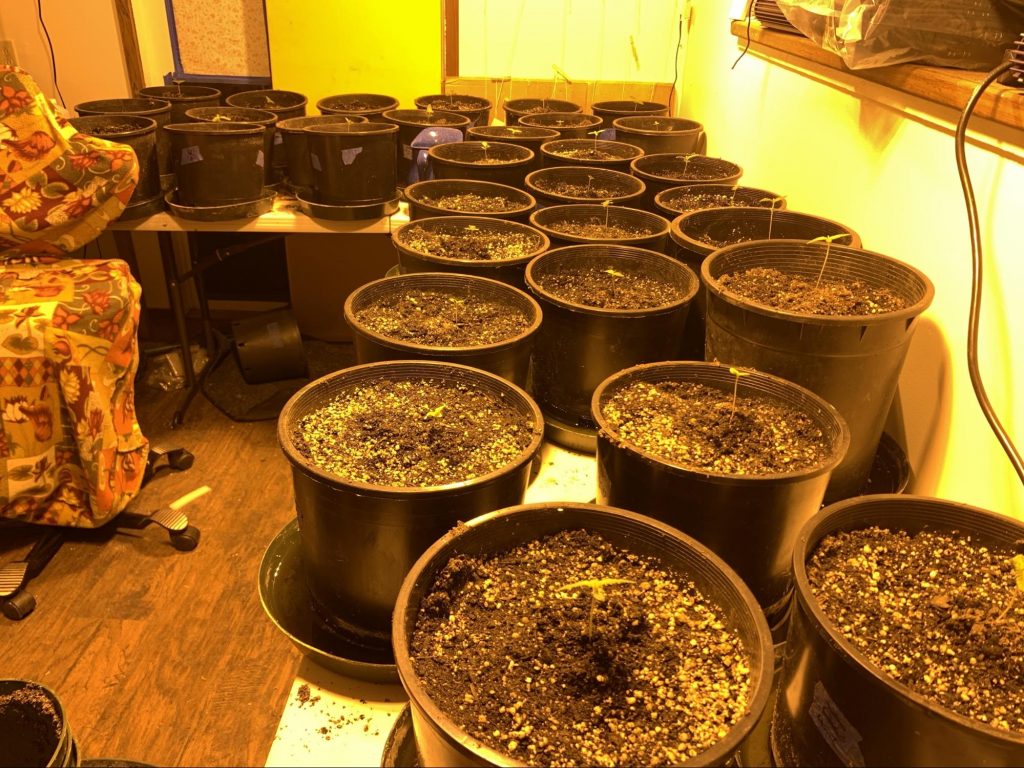 Yesterday, I spent several hours doing the slow, precise work of transplanting 32 starts from little cups to 3-gallon pots. As much as I enjoy every step in this process, I will admit to this being one of my least favorite days.

The simple reason is the amount of bagged soil that must be used for what will amount to mostly males in pots. It is a tremendous amount of dirt spent on determining the sex of plants. Of course, that soil will eventually be used in the beds, but we are not short of soil outside at the moment, so a lot of what I pour will end up spillage around the beds. If you get enough spillage among the chips that surround beds, you will eventually have new things growing from the ground between the beds. It does not take long.

As previously discussed, bags of dirt are not cheap, so this is another expense that adds up. I purchased about 30 bags of soil last year and those bags lasted me two years. I topped off the beds, and had enough leftover for two seasons of starting plants. I will have to purchase approximately eight bags to cover all my sprouts next year.

Back inside the cottage, the actual process of transplanting is one of the most potentially dangerous for young plants. When I first started doing this, I had no idea how to transfer a plant without spilling most of the dirt and exposing the roots. I would bet the greatest damage I’ve done to roots has been during the transplant. Pretty sure there was a lab for this at Oaksterdam that I must have missed. Because I needed to get home, I missed some great lab sessions.

It took a couple of years to master, but there is a simple solution to this problem. Two days before the transplant, water each plant fully. Let them have a couple days of settling, only relying on the base reservoir water. When the plants are just wet enough, not too wet or dry, there will be a certain level of adhesion between the dirt and the rapidly expanding roots. If you tip over the cup into your hand, most of the cup contents will remain intact; especially that which covers the majority of the root ball. Gently squeeze the sides of the cup if necessary, and let the intact dirt slide into your hand. Place the plant softly into the hole you dug in the 3-gallon pot. Cover gently, and if your sprouts are already a little leggy (damn males) give those necks some soil support all around. Water around the sprout, but not directly on the root zone. Make certain the reservoir beneath the pot is filled. The key word in this process from start to finish is gentle.

I am a big believer in transplanting as soon as possible. I also like to transfer as seldom as possible, because of the root hazards. I know some growers who will not transfer until after sexing in the small pots, and I understand this is a potential savings in terms of soil used. But I have seen too many plants become rootbound. I want each of my starts to have the opportunity to grow as rapidly as possible. Roots need room to roam. So even the plants I view as likely male are given the chance to grow properly in the first six weeks. You never know when one of those sprinters is a champion female.

When I start feminized seeds, I do not bother with a wet tissue, or a small cup. I just fill a 3 gallon pot and plant the seed (crown up, point down, and remember to water the dirt first before planting). They will sprout and immediately take off. My sense of feminized seeds is they grow fast. That is another reason why I only keep them in pots four weeks prior to planting outside. Feminized seeds do not like being stressed, so I do everything in my power to not stress them.

Beginning later today, I will start cutting off the cotyledons, the baby leaves on the sprouts. I wait until the second full set of cannabis leaves are completely visible before CAREFULLY cutting the cotyledons as close to the stalk as possible without cutting off the stalk. Which I have tragically and clumsily done more than once. Some growers prefer plucking them off. Whatever works best for you.

Cutting the cotyledons is the first pruning of the plant, and in doing so, you are allowing for a burst of growth. It is the first of many examples of how smart pruning will maximize your eventual yield. Much more on that in the months ahead.

So there they are, in their three gallon pots, with all the room in the world to swim around. It won’t take long before it starts getting crowded in there. At this point, 11 days old and in bigger pots, is time to turn on the oscillating fans. There are two in our cottage. I want wind on these plants from this day forward. This will force the roots to grow in response to the breeze that is suddenly moving each sprout every which way. This encourages root growth, and the stabilization of the plant. This will become crucially important once plants have been transferred outside, where they will have periodic days, some nights, and many afternoons of buffeting wind.

Cannabis loves this. Of course, they need protection, and that’s why I train them in the cottage. By the time they go outside, their roots have already set the groundwork for stable growth.

One last word of caution about having young plants–If I have extra plants, too many for my beds, I like to give them to people who can grow, even if only one or two plants. Spread the medicine around, as it were. I give these away once I’ve got the plants I need for my beds. If you are ever giving away a cannabis plant, or you are being given one to bring home, please make certain the plant is safely stored for transport. Young plants are fragile. I have literally given a plant to someone to grow, watch them put it in their car and drive away, only to later learn the neck of the plant snapped in two at the first hard braking of that person’s car. So surround the babies with padding. Keep them completely stable. It is always wise to be cautious when you have babies on board. 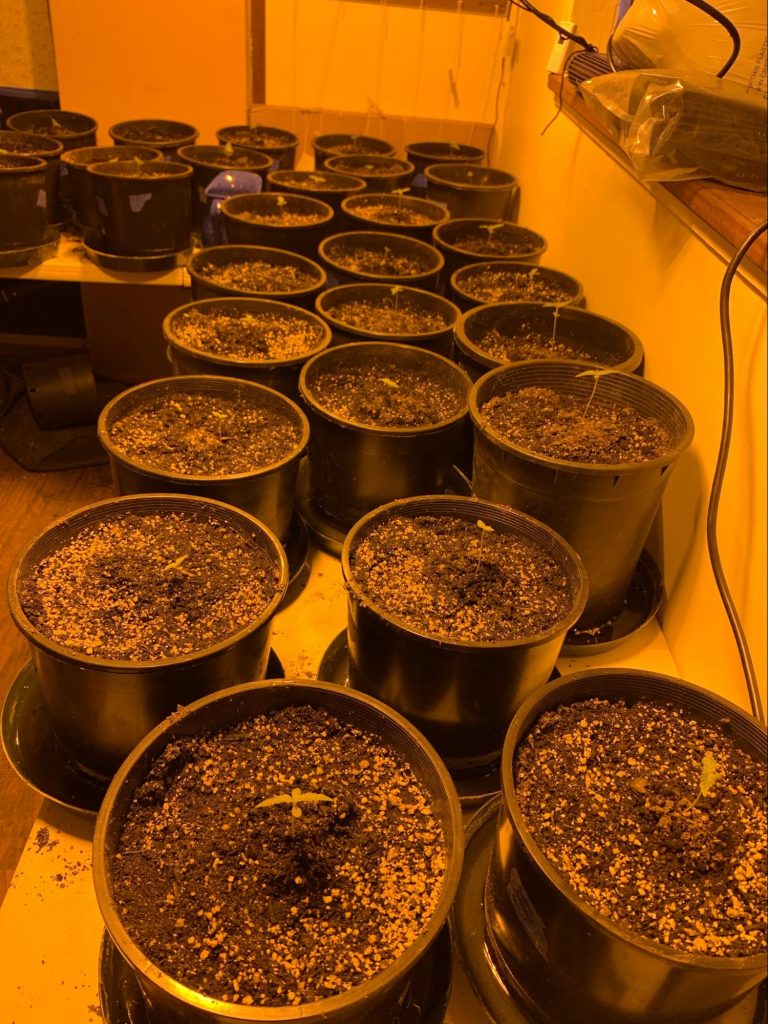