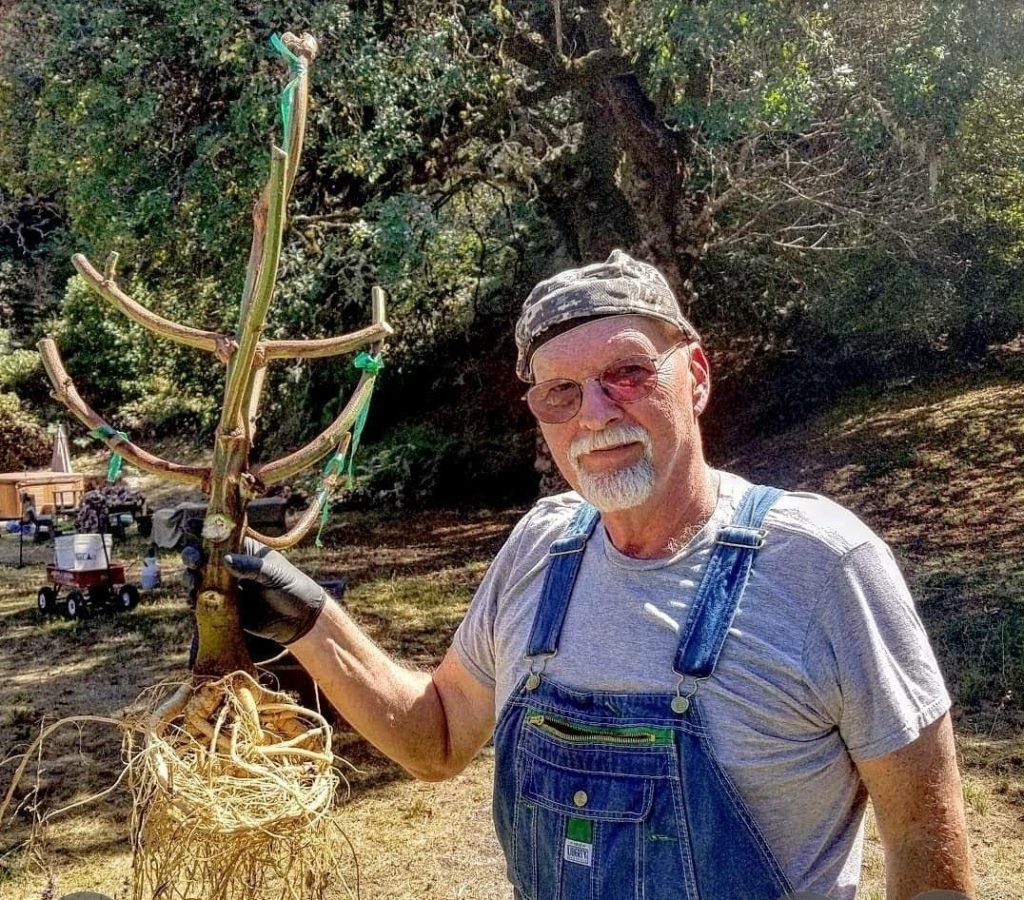 In the first blog of this series, I stated that I now grow exclusively from seeds. That was not how I started. My first year was entirely clones. My second year was half clone and half seeds. I am grateful to clones for helping me get started, and if there was a specific cultivar that interested me to grow, and someone offered me a clone, I might grow it.

But I’d rather grow from seed.

I don’t think it is a coincidence that the greatest pathogen problems I’ve faced as a grower have occured on clones. The worst mold has been on clones.

The problem with clones is they have no tap root. Whatever problems were inside the mother plant are inside the clone. They are much more prone to insect disease and pathogenic infection. Though in full disclosure, I have had one seed plant turned moldy by a wood boring beetle, discovered only on harvest day. So seed plants are not immune.

The advantages to clones are distinct. If you clone a plant that turns out to be a potent example of that cultivar, you know it will carry that same genetic information and potential as the mother. However, you can only clone when a plant is in the vegetative state of growth, and you won’t know the potency of a plant prior to flowering and testing. There are tests to determine sex and potential potency of plants when they are young, but they are expensive, and I have not tried them.

If you clone from a great plant, you can keep producing that same medicine. But, I’m not seeing the value of recreating something for which you will only continue to develop a greater tolerance. I find that fresh medicine, something you are ingesting for the first time, is oftentimes as effective, and also at a lower dose. The medicine from the clone is still valid, but your tolerance to it prohibits you from taking the lowest dose necessary for pain management. The only way to overcome this is to completely detox from this medicine, which would be more feasible if you also had other medicines from the same cultivar, but from different genotypes. The joy of seeds is that each seed represents a new genotype, and therefore, fresh medicine for your system. It allows for a lower effective dose.

The entire concept of fresh medicine is one of my driving forces. I remember when Jason David told me that a first dose could bring dramatic results. Karen and I have experienced this for ourselves. I shared my story of bladder spasms and how a CBD filled lozenge stopped them cold.

One time, very early in this illness, we decided to take a trip for our anniversary. This was before we came to understand how challenging this illness was going to be, or how difficult it is to travel when in chronic pain. We visited Karen’s brother in South Carolina. When we got off the plane in Charleston, we had to buy Karen a cane in the airport. It was her first cane, and a jarring start to the trip. The remainder of that day, Karen labored. She could barely walk by the time we got to her brother’s house.

Karen decided to take a bath. Warm water helps a bit. The bathtub was upstairs, so I prepared myself to help lift, or carry her. Karen told me and her brother, “No, I’ve got to learn to do this myself.”

We watched my beloved wife crawl up the stairs. When finished, her brother and I sat on the couch without much to say. We were both pretty stunned. Karen took a new pill upstairs that we brought on the trip in case she flared. It had 25% CBD and 15% THC. Whether it worked or not, she was going to be happy. Karen took one and got into the bath.

After about 30 minutes, we heard her giggling, and this made us feel better. At least she was laughing. About five minutes later, we were gobsmacked when Karen bounded down the stairs like nothing was wrong at all. Like she wasn’t sick. She walked into the living room and proceeded to do some belly dance shimmies. I believe part of my jaw still resides on that carpet.

Her relief didn’t last. She was crippled again by morning, but we all had to acknowledge that for a few hours the previous night, Karen almost seemed normal. That was some serious fresh medicine.

Clones are easier at the start, because you don’t have to sex them, and by the time you put them in the ground, they are well established. Your harvest will generally be earlier, which around here, is a good thing.

But clones, despite what growers have told me, are not always exact replicants of their mothers. I shared with you the story of our first AC/DC, a clone, that we were told had a potential of 18% CBD. When I grew her, she tested at 21%.

So there is some variance potential in clones and that is hopeful. As a grower, I also understand the variance in test scores are a product of all the differences in the way I grow. That includes my beds, the teas I brew, the weather in my area, how the plants are trained. All the clones we grew were used to indoor conditions and lighting. They had to be carefully trained down from 18 hours of light before I could put them in my beds, and grow them under the sun. In my opinion, clones might be better served, especially with their more fragile health, to be grown indoors.

Without the tap root, it is a challenge to grow clones into the kinds of cultivars we need for consistent, clean medicine. I don’t want to inherit illness in a plant. If there is a problem with a tap root plant, I might be able to fix it. With a clone, it’s more about living with and surviving the problem.

I have had high test scores from clones, so the argument that they don’t test as well as tap root plants is not accurate. But I will say that almost every seed I’ve grown has been a healthier plant than any clone. All my clones had problems; whereas, my seeds provide almost no problem that cannot be controlled through proactive maintenance.

I’m also of the opinion, based on what I’ve grown, that seeds grow larger plants. No matter what I do to help my plants grow, I don’t see any way I could yield 17.1 pounds from 12 clones. And I don’t think I’ve reached my full potential for yield yet.

For those first two years, clones allowed me to learn how to grow. They allowed me, via the respective mothers, to sample many different varieties of cultivars I never would have grown via seed at the beginning. I would not have access to some of the cultivars we’ve tried, Omrita Rx, and Canna Sue 2 come to mind. I would not have discovered Ringo’s Gift or AC/DC right away without clones. Because of clones, I was able to start our dispensary with solid medicine. For a while, my plan was to grow some from seed, but to fill my beds with clones of cultivars that might prove beneficial. That’s why I grew such a large variety those first two years.

Having grown with seeds for three seasons, and the last two entirely from seed, I’m only about the seeds now.

To be clear, you can do what I’m doing with clones. You can create your own dispensary without seeds. It is absolutely possible. It’s not the choice I would make, but I don’t live where you live, and face whatever obstacles you face in finding seeds, or clones that could help in your situation. If all you’ve got to choose from to get started are clones, go for it, and be grateful. We certainly were.

But once you’ve grown with a tap root, and once you’ve seen what a tap root looks like after pulling her skeletal form from the ground, you begin to understand the potential of what you are growing.