2020 Isolation Grow: Inside the Cottage 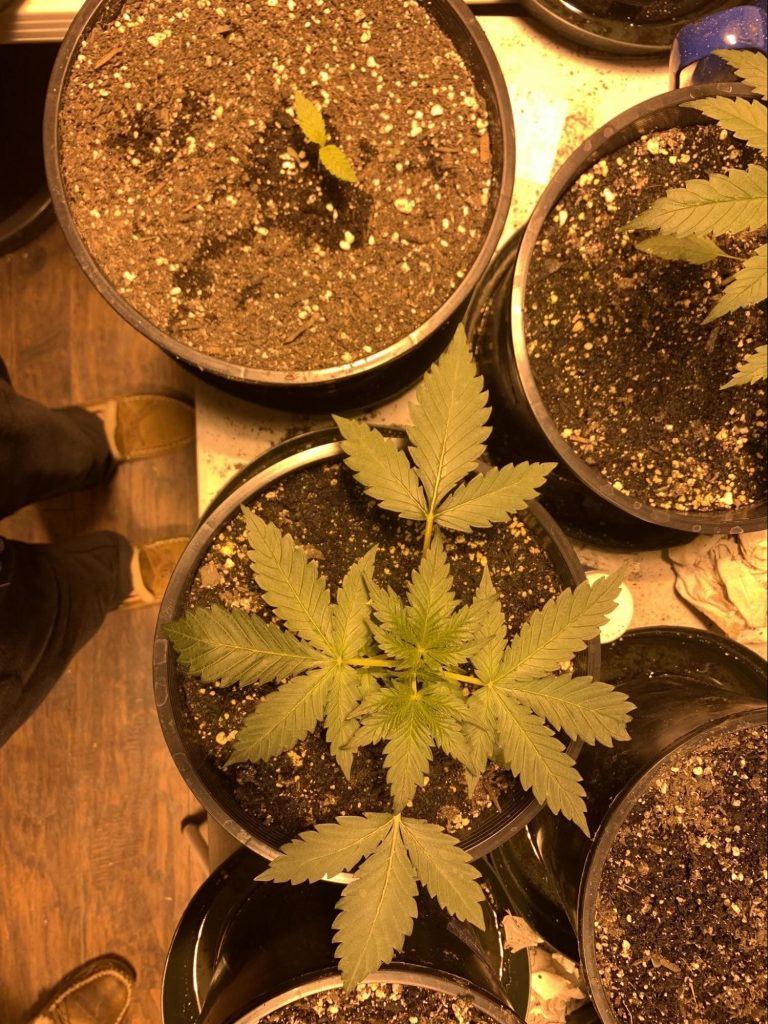 For six weeks, my grow is indoors. I watch the sky and chart the progress of the sun, but while that process takes shape, I keep an eye on the babies.

This is made easier by having the temperature and humidity being relayed into the house, so I can react quickly to any problems in the cottage.

This year has brought a couple of cost efficient changes. One of our timers died over the winter and had to be replaced. I purchased the same brand of timer I’ve used in the past, just a newer model. Turns out this model has a significant improvement. I can now plug both of my lamps into the same timer. I had separate timers before. Now, both lights go on and off at the same time, and I only have to change one timer’s clock for training. With the one remaining old timer that still works, I was able to plug our air conditioner into that, so it also goes on and off with the lights.

This should provide an electrical savings. The air conditioner had been on 24/7. Now, it will run as soon as the lights go on and the cottage starts warming up fast. Fans remain on all the time. I want wind circulating through the room.

Feminized seeds were started in dirt two days ago, so none of them have sprouted yet, though I suspect they will begin emerging tomorrow.

Growth is now becoming noticeable after only a few hours away. Plant growth will continue to accelerate from this point all the way to the start of flowering.

I put X on the sides of the pots of youngsters I predict are male. Every one of these were day 1 sprouts that have done nothing but grow faster than all the other plants. Right now, I am only confident in one Shiatsu Kush sprout. She is noticeably smaller than the others and is only now starting to gain growing momentum. The other five are all leggy as can be. I roll my eyes and shake my head. Males.

But I’ve got a bunch growing that are going to fill the beds. The cast will sort itself out. Several Sour Tsunami look good. A couple of Harle-Tsu look promising. Holding my breath on Ringo’s Gift, which I am desperate to grow again. Had 12 males from this plant last year. I also want to draw some attention to this glorious cultivar. It is the combination of AC/DC, Harle-Tsu, and Sour Tsunami. It was created and named to honor the late Lawrence Ringo. I am happy to buy seeds from Southern Humboldt Seed Collective, which he founded.

So happy to be starting AC/DC again. We’ve been using the medicine we grew our first year and have still not run out. I grew three clones that first year, so we banked a considerable amount. I had an interesting experience with those clones. They were all from the same mother, and we were told by the grower that if we grew her very well, we could get 18% CBD. As it turned out, the AC/DC I grew from clone tested at 21% CBD with 0.70% THC. I have a theory about why I got better test results, and I’ve been testing this theory since. I’ll be testing it again this year. My theory is that Ruderalis require less water than other cannabis. AC/DC is half Ruderalis. The other half is Canatonic. Ruderalis is autoflowering, meaning it will go from vegetative growth to flowering without changes in the light cycle. I have had ruderalis autoflower once. I have had several ruderalis not ready for harvest until the middle of November.  I already know to cut off flowering plants from water, so with these clones, I cut them off even earlier. The veg parts of the plants turned uniformly yellow and fell. This was not unexpected, and was also made worse by a minor calcium deficiency in one of the beds. So the plants looked pretty haggard when we took them down, but the flowers were plump and full of medicine. I look forward to my attempt this year to grow AC/DC from seed.

Several Oak Kush look promising, and that excites me. I can’t wait to show you how that plant flowers, how logically she was designed to grow. She’s a sleep time hybrid that was created with such care by the grower (a friend) that I feel honored to grow her every time. Giving me Oak Kush seeds was a kingly gift.

Waiting excitedly for Bubba God. She was one of my late starters last year. Still yielded 1.78 pounds, but I’m convinced I could have coaxed more out of her, and more potency by starting her three weeks earlier. That’s my goal for her this year. She is another lovely bedtime plant.

I have deep feelings about CBD God, which I hope to thoroughly document this season. She was the single prettiest plant Brenden and I have ever grown or worked on. They are all pretty, but this one was a festival of color last year. From the shocking pink stems, to the deep purpleing at flower time, she was the home to four different crab spiders for the summer. I don’t think it was a coincidence they migrated to that plant. Many bees napped on her, not far from yellow jackets. Brenden and I were entranced by her. She honestly made us both feel better while we worked on her. I can’t say I’ve ever experienced that same feeling working on any other plant. It’s one of the reasons I want to grow her again.

Have any of you looked up the Shiatsu Kush story? Well, allow me . . . This very special cultivar was developed on the Japanese island of Amami Oshima. It was created by growers working in association with Shiatsu masters. They wanted to develop a cultivar that addressed pain in the body. This cultivar was an underground hit in Japan before finally being introduced in 2012, where it was in the High Times top ten for the year. There were all kinds of rumors about this plant, and the good folks at BC Buds finally travelled to Japan and secured a stash of seeds for the world. We grew it for the first time two years ago, and loved it. There’s only a little CBG and CBD, but it’s not advertised as a CBD plant. Not unlike Karen reaching for the White Widow for pain, Shiatsu Kush is my go-to cultivar for general and rather specific body pain that I have. This is another primarily THC plant, with an interesting, diverse and effective terpene profile that provides real pain relief, at least for me, along with a nice balanced buzz.

We grew Rainbow Kush for the first time last year, and she’s another balanced keeper. We did not experience the color fest in our flowers that cultivar is capable of producing. It requires just the right mixture of heat, humidity and especially, cold, to bring her full colors to vision. But she’s such a pleasant plant for the body and mind, we’ll grow her again this year and see what happens. It would not suck if she turned all kinds of colors for this blog.

Finally, there is the White Widow. Many of you have had experience with this famous cultivar. She’s kind of miraculous. She gives energy and a boost of well being without any hint of a sativa clown car running amok in the brain. White Widow gives every member of our family creative energy. It’s uncanny. As a family, we are in awe of this cultivar. That she grows well here has guaranteed her a place in our crop every year. We grew two last year, and our total harvest was 5.1 pounds. By the way, the idea to grow this cultivar came from an online Extract Craft users group, comprised mostly of people in chronic pain. This is a popular cultivar in that group. In particular, people with Rheumatoid Arthritis speak highly of this plant for pain. When Karen told me this, I had seeds on the way within an hour. As a bonus, White Widow does very well growing with periodic shade.

So that’s what’s growing in the cottage right now. So far, so good. Sexing begins in five days, so some of the current cast have not long before being pulled and tossed into our green bin, pollen sacks and all.

Addendum on May 4:  Just started two more feminized AC/DC. We’ve decided to grow three of this cultivar this year. The feminized White Widow and Rainbow Kush have sprouted and are standing tall.