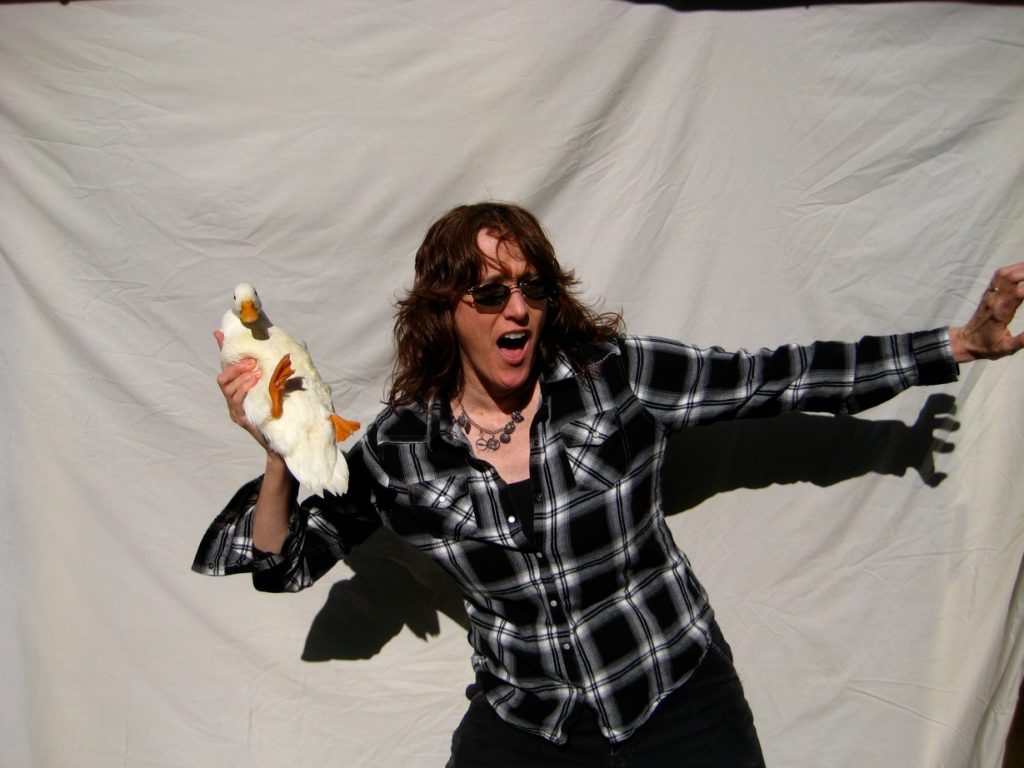 I have a truly vile anecdote regarding fish and raccoons that I share for full disclosure. The first year I planted fish, we had no idea what to expect. I worried about raccoons, but had to simply wait and see what happened. In that first year, and the second, they couldn’t get in the beds. They could not climb the link fence and there were dogs next door. That first year of fish, on the third night following the planting, 22 beds with deeply buried, starting-to-rot salmon began tickling the heightened olfactories of the not-so-nimble raccoons. They were left to climb the woodshed we have bordering the fence on one end of the beds to search for options. I did not see them sitting there, nor did I witness any interactions they had while they visited our property and got as close as they could to that which they greatly desired. The reason I know they were there was the amount of excrement they left on the roof of the shed. It honestly appeared that the smell of decaying fish had a laxative impact on the local coons. They are not stupid creatures, so perhaps the piles they left were an editorial about the lack of accessability. They did get in one time, and that was before we cut plastic to seal them out. I went full dumpster diver in my defense. Chairs, tomato cages, a bench, rakes, trash cans, a trash can filled with ash, questionable art, cayenne pepper (it works!) whatever I could get my hands on, I used. They got their share that time, before I could plug the holes. We’re all good now. With the clear tarp, the odor is very much diminished, and they can’t dig through, even if they are lucky enough to get into the beds. They no longer crap on my shed as much as that first year, but one or two of them always leave me at least a few rooftop reminders per growing season.

The only insecticide I use is Neem oil, and the only way I’ll use Neem is if I can mix it with pH neutral, 7.0 water. In my experience, using neutral water is the most efficient method to use this oil. We have a filter on the water in our house, and it comes out of the faucet at 7.0. If you use Neem, you already know this, but if you don’t, make sure you only use Neem when there is no direct sunlight on the plant. Otherwise, you’ll burn leaves. I generally only use Neem a few times a year, and most of those sprays are not entirely with insects in mind. I also use Neem as one of my pathogen fighting tools. It does discourage most insects, however; especially certain deadly insects, like wood boring beetles. You really don’t want one of these inside your cannabis. They burrow in, roam around, scat everywhere they go, and start mold as a result. I have been more successful fighting insects with other, beneficial insects that I’ll detail later.

Two years ago, we harvested a local cultivar that looked fine to the eye. It was only when we cut off the first branch that we saw mold inside the flowers. The entire plant had to be covered in plastic immediately and removed from the premises. This could have been caused by a single beetle. Once a beetle is inside, if you are lucky to spot it, the only solution is to remove all of the plant the beetle has inhabited. If any mold forms and is allowed to spread unchecked, it will become systemic in the plant, and hence the plastic bag and swift removal while wearing gloves and homemade masks, followed by lots of soap and water. I have detailed elsewhere how cheap beer will kill snails, slugs and other burrowing insects, like earwigs. I did not mention, however, the comically tragic consequences of when banana slugs meet ducks. We have had a particular breed of duck for almost 20 years.  They are Call ducks, and they were literally bred for their call, used by hunters. They are half the size of most ducks, and live in the aviary we built, after too many of them were being picked off for lunch by red-tailed hawks. For many years, they were our organic pest control, and roving fertilizer in the beds. We’d let them loose and they’d eat. It took us two years before we realized part of what they ate were all of our peas, to the ground, when we were not looking. We thought it was slugs. It was ducks. Ducks are ravenous for snails, slugs and worms. They are also famed for grabbing, and running away from the others, while attempting to swallow whatever succulent tidbit they’ve grabbed as they run. With banana slugs, however, they had to adapt, and take a cooperative approach. Specifically, they play tug of war with nine inch long banana slugs, pulling and leaning back as far as they can on their plump haunches until suddenly . . . the slug tears in two. There is usually a whiplash effect and bits of slug end up on duck bills. They attempt to resume normal activity, trying to maintain dignity, but with oily guts on their faces, they are clearly bothered. Banana slug does not come off easily. Of course, as I remind our ducks constantly, they have no hands. It takes days of rigorous scraping and diving in the pool before those evidentiary bits of slug finally fall from the ducks.

Last, but not least, are rats. When you have a garden full of food in the country, wild wood rats are going to come calling. We are not chill with rats. This is a medical garden, and they are vermin. Sorry if that offends anyone. Karen’s health comes first. So, rats will come and get their share, until they venture into one of many traps, where we catch them and later drown them. Then we take them up the hill, closer to nesting birds and many other creatures of the night, and leave the rats. There are never any remains by the next morning.

One time, we found rat tooth marks on an ill-fated Granddaddy Purple, a cultivar that should never, ever be grown outdoors in Northern California, or perhaps anywhere outside. We grew that the same year we tried to not spray BT. What a mess. More on that in the Pathogen blog.