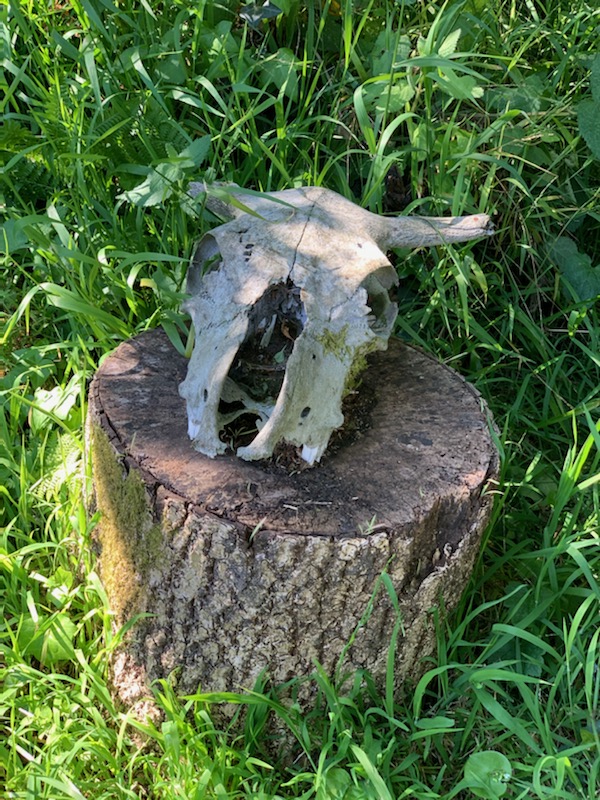 It would be fair to describe where we live as being on the border of a wilderness. We are surrounded by near pristine land. That such land still exists in California is a testament to the grit and stones of the people who fought to keep it wild. A sincere tip of the hat to all of you.

We are lucky to live here, and we never take it for granted.

That being said, when you move to the country, it is imperative to remember that even now, long after civilization and manifest destiny brought our kind to this part of the world, people are the strangers here, not the animals. This land used to be completely wild, and we are seldom very far from a front row seat for the show. Sometimes, we become part of the show.

One evening in January a few years ago, I was sitting on our deck, enjoying a glass of wine.

A fox was grubbing for seeds below, a few feet removed from our deck. We have a black oil sunflower bird seed feeder above that spot, so this sight is not uncommon. Further, the fox had seen me before, and was not bothered by my presence. Nor was I surprised when the fox suddenly scampered off. They are skittish creatures.

I’ve mentioned our house sits on pier pilings, so there is ample space beneath the structure, as much as 4 feet of crawl space, which makes wiring and plumbing a lot easier. It also means critters pass underneath. We had a sick skunk under there once that had to be rescued by local Wildcare folks. We’ve had the periodic cat fight that literally sounds like it is taking place beneath us. There’s plenty of space under the house for all manner of animal malfeasance.

So there I was on a Friday night, with a glass of wine in my hand and wistful thoughts of wonder, when from beneath our house, suddenly springing onto the deck no more than five feet in front of me was a full grown mountain lion. I knew what it was by the approximately five foot long tail.

We both froze and stared at each other. She (I was able to determine that much) stared at me and I stared back. I remembered a ranger saying to make yourself large and loud if ever confronted by a cougar or bear. I had every intention of doing exactly that, but while mustering the courage, fear was also filling my lungs. I raised my glass in the air, comically miming a toast, and what came out of my mouth resembled, “eek.”

It wasn’t loud, nor terribly brave, but it was apparently effective. The mountain lion sprang off our deck and disappeared up our hill into the blackness of night. I barely heard the cougar as she ran. I rose and stumbled inside, as white as I’ve ever been, I’m certain. Karen says I was crazed.

The next morning, we went up the hill and it did not take long before we found the remains of the fox. The cougar caught the fox, and consumed it (except for a broken skull with a red bit still stuck to the cheek), then waited long enough after dining to defecate all over our hillside in such a way that I slipped and fell directly in the mess.

We were in the midst of a serious drought when this happened. That is why all the wildlife was driven closer to humanity. Without rain, food sources were scarce. Rains resumed shortly after this incident, and the wildlife quickly retreated farther from civilization.

Two years ago, I was carrying a full pump foliar sprayer to the garden at almost 5:00 in the morning. It was a moonless, foggy morning, virtually pitch black outside and still. As I moved from the deck to the grass and slowly walked toward the beds, I was conscious of the quiet, and how much my every movement, even breathing, disturbed the tranquility and respectful silence of the nearby woods. Unless you’ve been in true quiet, you cannot possibly understand how loud the quiet can be.

So there I was, moving slowly and as silently as possible toward the garden. From my left, out of sight, but within 30 feet, came a low, deep growl.

Sudden fear is quite a thing. I’m a bald guy, been bald a long time, head now shaved, and it felt like every hair on my head rose from the grave of my scalp and stood up, in terrified attention. I turned and faced the growling with a primed foliar pump. Not certain if Regalia would be much of a deterrent, but we were about to find out.

Again, the silence. But this time, I knew something was there. Nothing was moving. It was close enough to dawn, where a few local birds were probably watching with one eye raised from being tucked into their backs.

I needed to pee. Not an untypical response from a post-prostate frightened man over 60. I felt ridiculous, and very, very mortal.

Finally, I started walking again and made it to the garden gate. Once inside, I felt safe, and I could hear soft feet climbing the hill. Whatever it was, it was walking away.

Last year, I was heading out to spray again, but because I am now using the four gallon battery sprayer, I don’t have to begin as early, though stars were still out. So there I was, happily walking to do a job that used to be a total chore, when once again, I heard growling, the same growling. I almost jumped out of my skin, because the growl was not coming from the direction of the woods. It was right by the woodshed, and I’d have to pass by to get to the garden.

At this point, after being scared more than once, I’d had enough.

I growled, and then forcefully stated, “GET THE HELL OUT OF HERE!”

That’s all it took. I heard a scampering of feet and then I noticed the shape of the raccoon on top of the woodshed. It leaped from the roof to the ground and skedaddled down my driveway. It was the same growl I’d heard before. It was a racoon that had growled, not a mountain lion.

The poor racoon didn’t even have time to relieve itself before abruptly leaving.

Living this close to nature is a privilege. With all the beauty and serenity, it is important to remember that these wild creatures live by a code established long before humans. Nature is brutal and violent. I’ve witnessed some things. Like the time I was harvesting and cleaning our garlic, literally scrubbing the dirt from freshly harvested stalks. I was beneath a large buckeye tree, enjoying her shade on a hot summer day. I heard a predator screech slightly from the sky and I looked up just in time to see a red tailed hawk dive into our tree and land on a fledgling stellar jay. I sat beneath that tree, scrubbing garlic, and listened to the hawk eat the jay, while the parents sat on a nearby branch and screamed.

At least it was a great harvest. 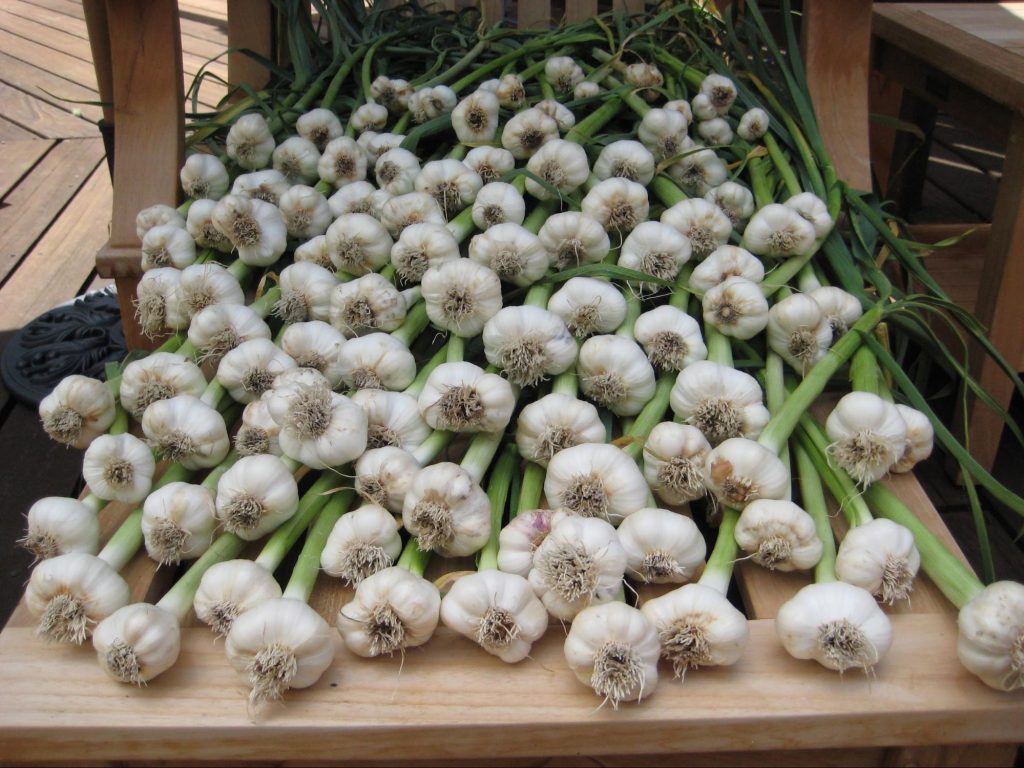 During this virus, while we are largely indoors, I am watching nature fill the void outside. Deer are having babies up our hill, the quail have returned to fill their nests. Soon, baby quail will be passing through our grass like a rumor, murmur and shadow. Most will be picked off by predators. We will watch a flock of 20 or more baby quail be reduced to a mere few by natural selection.

There will be more true tales of wilderness wonder over the course of the summer. Brenden will be with me, and between us, we might have enough of these stories to fill a book. Stay tuned. 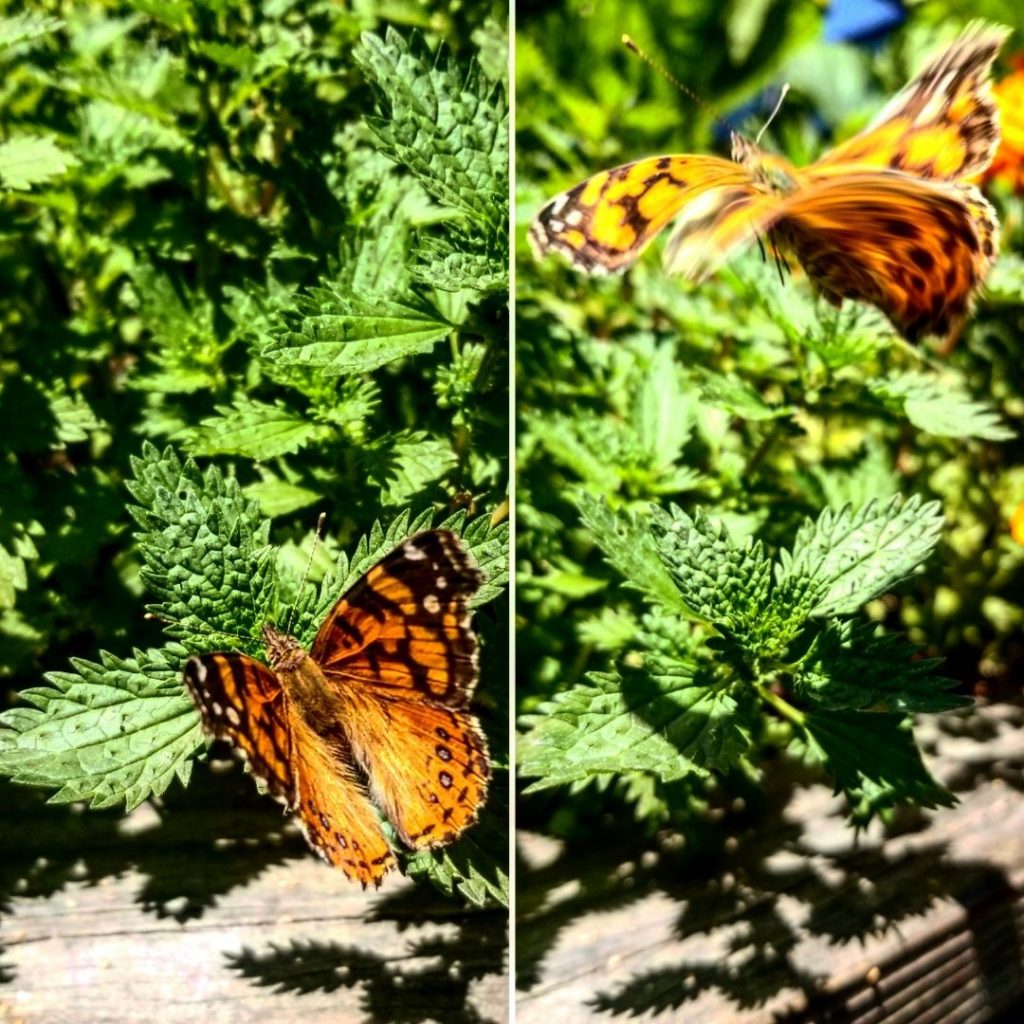