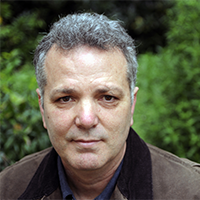 John Geluardi has worked as a journalist for 15 years. He has primarily covered politics and won numerous awards for his stories on subjects such as shoddy homicide investigations in the San Francisco Police Department, The vice presidential candidacy of Matt Gonzales and a behind the scenes look at the world famous Caffe Trieste.

He is a guest lecturer at UC Berkeley’s journalism school and the author of “Cannabiz: The Explosive Rise of the Medical Marijuana Industry,” which was one of the first books to look at the industry’s unprecedented transformation from a social movement into a thriving industry. Geluardi has traveled around the United States and Europe to speak about medical cannabis and the new place it now holds in society.