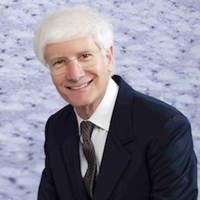 Robert A. Raich practices law in Oakland, California, where he specializes in medical cannabis law, business law, political law, and lobbying. A graduate of Harvard University and the University of Texas School of Law, he previously practiced law with Eber, Nakagawa & Kitajo in San Francisco and with the Federal Election Commission in Washington, D.C. Mr. Raich has spoken across the United States and internationally on the regulation of medical cannabis.

He was the attorney in both of the U.S. Supreme Court cases ever to consider medical cannabis issues, United States v. Oakland Cannabis Buyers’ Cooperative, 532 U.S. 483 (2001), and Gonzales v. Raich, 545 U.S. 1 (2005). Mr. Raich was a member of the California Attorney General’s Medical Marijuana Task Force (Chairman, Caregiver Issues Subcommittee), and he has taught classes on medical cannabis to cadets at the Oakland Police Department’s Police Academy. He has appeared before dozens of tribunals throughout the country, lobbying with respect to medical cannabis legislation and litigating medical cannabis cases.

Before practicing law, Mr. Raich served as a staff member in the United States Senate and the Texas House of Representatives, served in various positions in presidential and senatorial election campaigns, was a public opinion survey analyst, and worked as a television sound and camera technician and as a radio reporter. He was the publisher of an art journal, and served on a U.S. Department of Transportation Advisory Committee.