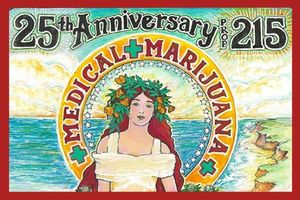 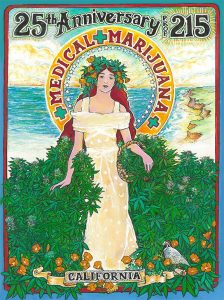 Jeff Jones of Oaksterdam University will participate in the “25th Anniversary of Prop. 215” event, Friday, Nov. 5, 2021 at the General’s Residence at Fort Mason in San Francisco.

The conference and celebration, hosted by California NORML, will commemorate the passage of the Compassionate Use Act of 1995 — Proposition 215 — the nation’s first law to re-legalize the personal use and cultivation of cannabis for medical purposes, lighting the fire for a movement that is now legalizing adult use cannabis and sales nationally and internationally.

The day-long event will be held 25 years to the day after California voters approved Prop. 215.

Speakers will include original sponsors, organizers, medical patients, doctors, caregivers, attorneys, and advocates of the Prop. 215 campaign, with memorials to those who have since passed away, and to those who have been arrested, harassed, or imprisoned in the decades-long fight for the right to medical marijuana.

Jones will speak from 3-4:20 p.m. as part of a panel titled “The Legal Struggle: Attorneys, Plaintiffs, and Prisoners.” 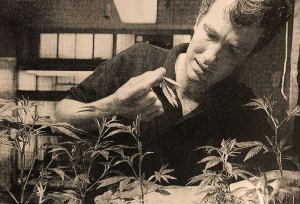 Jeff Jones examines plants growing at his Oakland Cannabis Buyers’ Cooperative in a photo from the Sept. 4, 1998 edition of the San Francisco Chronicle.

Jones was a large part of the original movement to pass Prop 215. His path to the cannabis legalization movement can be traced back to his hometown in South Dakota, where, as a teen, he watched his dad die painfully of kidney cancer. He searched over the next few years for a medicine that would have helped his father and became inspired by the Cannabis Action Network. He moved to California to join CAN, often traveling the country in a van following  The Grateful Dead and working tirelessly on cannabis policy reform through education at concerts, events, and street tables.

He worked on Prop 215 with many other pioneers and decided to start providing medical cannabis to necessity patients in 1995, founding the Oakland Cannabis Buyers’ Cooperative, a bicycle delivery service. Shortly after that, the OCBC’s first dispensary opened its doors at 1755 Broadway in Oakland, Calif., with the blessing of local government. 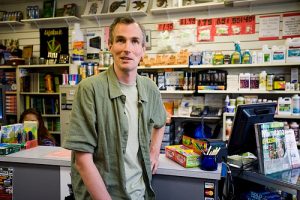 DEA investigations via USDOJ led to a federal raid and injunction that seized Jeff’s office and locked him out for weeks. Jeff and his attorney, Robert Raich, convinced the law firm Morrison Foerster to assist in a civil case that went before the Ninth Circuit Court of Appeals. Jeff won. For a few short weeks, it was “legal” for OCBC to sell cannabis to medical necessity patients before he was shut down again.

Jeff battled all the way to the U.S. Supreme Court with United States v. Oakland Cannabis Buyers’ Cooperative, et al. In that case, five justices ruled unanimously that there was no medical necessity exception to the Controlled Substances Act’s prohibitions on manufacturing and distributing marijuana.

Still, the case set the stage for activists to continue the fight to decriminalize, which continues today. Jeff will talk about his journey at the event.

The panel will be moderated by Bill Panzer, attorney and Prop 215 co-author.

To learn more about the event, purchase tickets, or become a sponsor, click here. Artwork by Ruth Frase, who created much of the iconic imagery for the 215 campaign, used with permission.