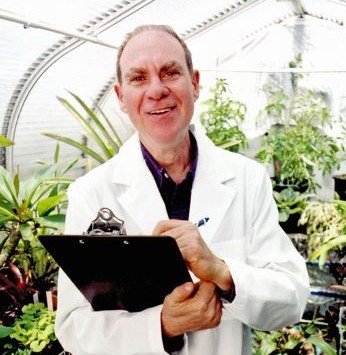 Mr. Rosenthal is the pothead’s answer to Ann Landers, Judge Judy, Martha Stewart and the Burpee Garden Wizard all in one.” –NY Times January 2003.

Ed Rosenthal is recognized worldwide as an authority on marijuana. He has studied and written about the plant for more than 35 years. His books cover gardening, law and social policy, and have cumulatively sold over two million copies. Rosenthal is a member of the International Cannabinoid Research Society and the Garden Writers Association of America, and has served as an expert witness on marijuana cultivation in federal and state trials. Rosenthal has also been active in promoting and developing policies of civil regulation for medical marijuana. With the passage of California’s pioneering Prop 215 in 1996, which authorizes medicinal use of marijuana, he was deputized by the city of Oakland, CA to provide pharmaceutical grade cannabis to patients. His best-selling titles include; Medical Marijuana Handbook, Marijuana Garden Saver, Best of Ask Ed, and Marijuana Grower’s Handbook, among others.
www.EdRosenthal.blogspot.com
www.Facebook.com/EdRosenthal