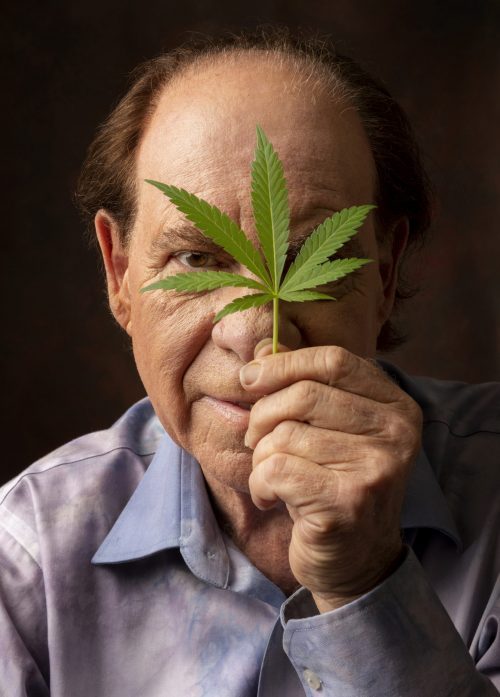 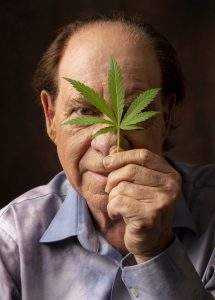 Author, activist, and master grower Ed Rosenthal has just released his newest guide, the Cannabis Grower’s Handbook. Ed has long been an Oaksterdam University ally, faculty member, and supporter. In honor of his latest project, OU caught up with him to chat about his background, book, and history with OU.

OU: Is this book an update of your legendary Marijuana Grower’s Handbook?

Ed: This book is not a revision. It’s totally new. It uses the same template but it’s all new material. It’s the first book like this in 12 years. I’ve done incremental revisions in the old book but this is totally new material. The technology for cultivation has advanced so much. There are so many new tools, new ideas, new methods, new ways of measuring, different inputs so it was time to advance to the second decade of the 21st century.

How long did it take to write the book?

Fifteen months. We had a core team, myself, Angela Bacca, and Dr. Robert Flannery. Angela has worked in the industry as a writer and worked with me on the last book as a project manager, editor, and writer. Rob Flannery has a doctorate in plant science and he also runs Dr. Robb Farms. He is a co-author. The three of us were the core writers then we enlisted the help of a lot of experts in particular fields. It was a really big collaboration. I think it’s the first book on marijuana gardening that is like that, something that is beyond what one person could do.

How did you approach the material?

The way we wrote it was we assumed you knew nothing about green plants. We started with a knowledge basis of zero. Then, without using jargon, we take you up to a very sophisticated level. Not everyone has to go to that level. If you don’t want to get into that really technical material, you don’t have to. Not many books do that. They either offer a little information or a lot of information with lots of jargon. You won’t find that in this book. We avoid that. 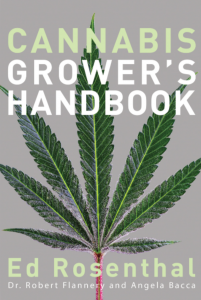 How did you first get Involved with Oaksterdam University?

For one thing, there was proximity. Being an activist, I knew a lot of the people who founded Oaksterdam. Richard Lee was an activist and so was I, so it would be inevitable that we met. When he got the idea for the university, very soon after I saw the quality of what they were trying to do so I thought it would be appropriate to be a part of that.

Why do you think education is important in the cannabis industry?

You want skilled people. At one point there was no industry as we know it. As demand grew and as it became more legal, the industry segmented into different aspects. Previously cultivation was the main thing. Now cultivation is only part of it, and the industry is going to have to keep growing to satisfy consumer demand.

Did you ever think you would live to see the day when cannabis is legal to this extent?

It’s the exact opposite. I can’t believe it took 50 years. In the ‘60s and ‘70s, nobody expected it would take that long. It was so obvious that it should be legal.

Why did you launch the Ed Rosenthal Scholarship Fund with OU?

I’ve been very fortunate that marijuana has affected my life in so many positive ways and I know there are so many people now who want to get into the field. It’s much different than when I started. It takes education and there are people throughout Oakland and throughout the country who would like to get into this but the entry isn’t as easy. This will help at least a few people to become more educated so they can start at a good spot in the industry. I think it’s giving back to the community. I know that it’s a modest amount but everything helps, right?

Are you growing plants these days?

I’m not great at growing because I’m a slacker and I always put everything off. When you’re marijuana gardening, you’re on the plants’ time, not on your time. I don’t want to do it today. It’s too hot, it’s too cold. I want to watch this movie. That does not make for a good farmer.

So what are you up to?

I’m mostly consulting. Right now I work for a company called Pure Jamaican Limited that is trying to develop products that will be used throughout the world. It’s a good research team. The interesting thing is that it has principals in Jamaica, the U.S., and Canada at the executive level. They hired me for my mocking and disruptive behavior to come up with new ideas, techniques, and strategies for growing and processing. Most of my life I’ve worked only for myself. This has been a dream position for me. It’s a great learning experience, and great to prove out proof of theory on a lot of my ideas.

Where will we be seeing you in the future?

I go to a lot of different marijuana events and conventions. I do a lot of radio and podcasts and things like that. I was recently interviewed for a NOVA TV program in November and they gave me 15 minutes to talk about why people should grow marijuana. My answer was that if you like marijuana and you’re using it, why wouldn’t you want to grow it? I mean if there isn’t a legal restriction, right?

Is it strange for you to be talking about cannabis in the mainstream media?

It’s hard to believe because when marijuana activism really got going in the ‘70s, the attitude of a lot of media was ‘we do not want to discuss whether it should be legal, just how it should be controlled.’ We couldn’t even approach the subject, couldn’t even pose the question. So first, activists had to deal with the fact that the media would not even cover the subject. They were only concerned with ‘how can we get rid of marijuana?’ Well, I have a way. My method is to incinerate it using special thermal papers. They sell those papers, you know, and I often carry them around because there might be an emergency situation where marijuana has to be disposed of.

Get $5, Give $10: Ed Rosenthal’s Cannabis Grower’s Handbook is available at edrosenthal.com. The OU & Ed Rosenthal Scholarship for Veterans is funded through purchases of Ed’s book. Use code EDOAK2022 at checkout, and OU and Ed will each donate $5 to the cause. In addition, you’ll receive $5 off.